Our People ⁄ Stories and Culture

History of Kaikōura both Māori & European

Legend has it that Maui used the Kaikōura Peninsula as a foothold to brace himself when he fished the North Island out of the sea.

From this comes the Peninsula’s earliest name: Te Taumanu o te Waka a Maui, the thwart or seat of Maui’s canoe. The name Kaikōura means “eat crayfish”, recalling the occasion when Tama ki te Raki had a meal of crayfish here, pausing on his journey around the South Island in pursuit of his three runaway wives.

The Peninsula, providing abundant food and shelter, is rich in over 800 years of Māori tradition. The earliest Māori hunted moa and sheltered in coastal caves. A grave found in the 1850s revealed the skeleton of a man holding the largest complete moa egg ever discovered and a pakohe (argillite) adze. As moa numbers declined, gardening became more important and settlements more permanent. Fortifications were built on hilltops as lookout points and for shelter in case of attack. There are at least fourteen pa sites on the Peninsula, most of which were occupied for short periods only and witnessed some fierce battles. Today Ngāi Tahu occupy the area at Takahanga Marae in the township.

Both Māori and Pakeha have found Kaikōura ideal for settlement, relying on the bountiful harvest of food from the ocean and the shelter afforded by the Peninsula. The whaling industry attracted the earliest European settlers to the area. Whales occur here because of the unusually deep waters close to shore, some pausing in their migration from feeding grounds in Antarctic waters to breeding grounds in the warm sub-tropical seas of the Pacific Ocean, north of New Zealand. Robert Fyffe established the first shore-whaling station, Waiopuka, in 1843; other stations were built soon after in South Bay.

Due to the pressure of the whaling industry, whale numbers steadily declined after 1850 and it became uneconomic to exploit them. Today, with marine mammals in New Zealand being fully protected, the whales again find Kaikōura a safe environment. Kaikōura is now internationally renowned as a whale-watching location. 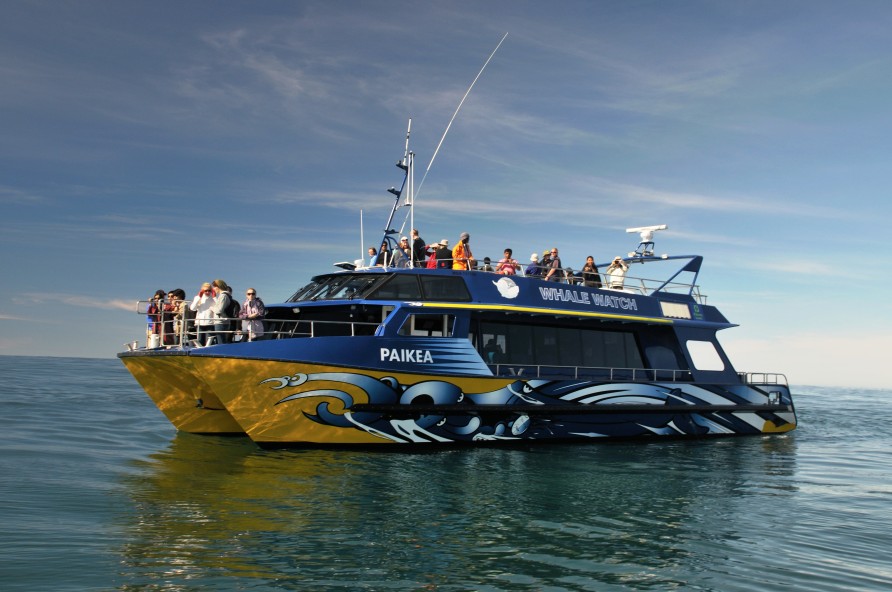 Fyffe House, standing on piles made from whalebone vertebrae, provides a link with Kaikōura’s whaling days. It was built by George Fyffe in 1860 and is situated on the way to the northern end of the Walkway. The house is a Historic Places Trust property and is open to the public.

For many years, the town’s main link with the outside world was its official port of entry; now, all that remains of the former customhouse is an old brick chimney near Fyffe House. Because the overland routes and bridle tracks were hard-going, most people and freight travelled by sea, often braving inclement weather and the perilous coast, which could take a heavy toll on a small coastal vessel. Eventually, access by land improved and, in 1931, the port closed. In 1945 the Christchurch to Picton railway opened, complete with 21 tunnels.

Like other small towns, Kaikōura suffered from the economic recession of the 1980s. However, since then, an increased number of visitors, attracted mainly by the opportunities provided to observe marine mammals close at hand, has brought increased prosperity to the area. 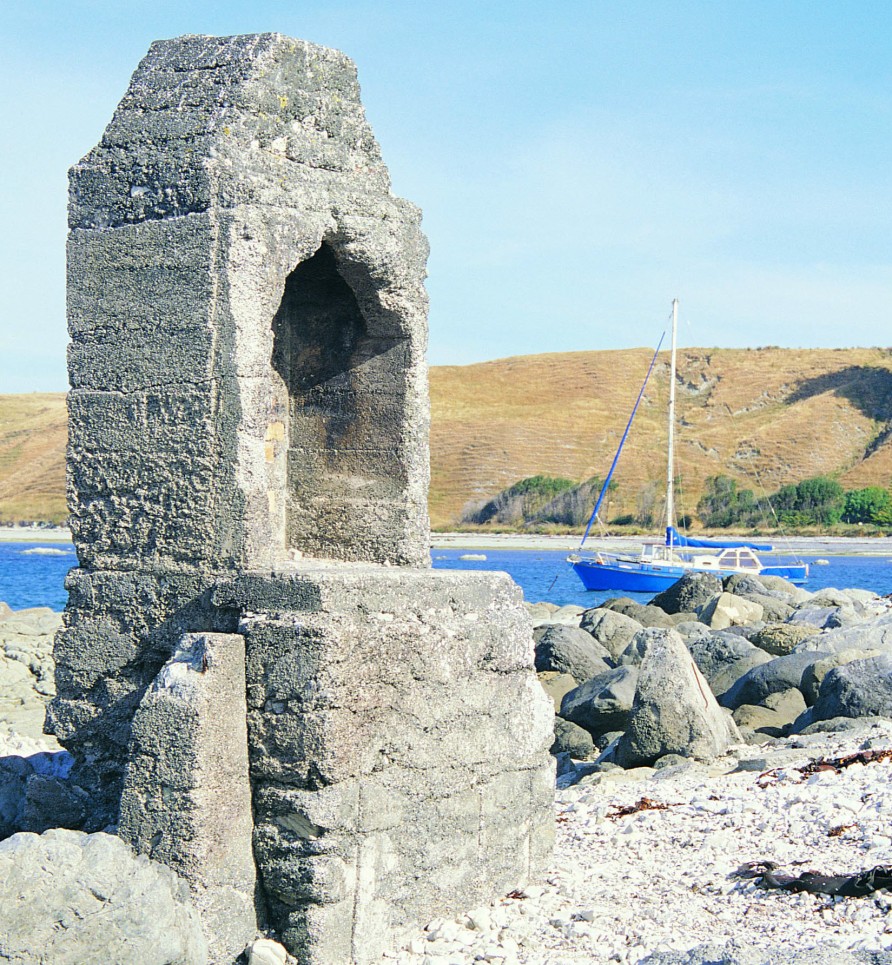 The original Māori name for Kaikōura was ‘Te Koha O Marokura’ (The gift of Marokura).  Marokura was a God that shaped the area with a magical sword.  Marokura also shaped the underwater trenches and canyons, thus carving out a home for the many Whales, Dolphins and other sea life that lives here today.

It was the abundance of food that brought early settlement to the area and Māori have lived along this coastline for more than 900 years.  Hidden in the beauty of today’s landscape are many relics of the past and stories waiting to be told.

The original inhabitants were the ‘Waitaha’ who were later joined by the ‘Kati Mamoe’ people. Both tribes lived together harmoniously until around 350 years ago when the Ngāi Tahu sub tribe ‘Ngāti Kuri’ arrived in the area.  There were a number of battles before the ‘Waitaha’ and ‘Kati Mamoe’ eventually gave up rights over these lands to ‘Ngāti Kurii’ in one of only a few peaceful takeovers in New Zealand’s Māori history.

Today descendants of all three tribes still reside in Kaikōura and have a living and vibrant culture.

A more modern name from which today’s Kaikōura is derived is Te Ahi Kaikōura a Tama ki Te Rangi (the fire that cooked the crayfish of Tama ki Te Rangi).  Tama ki Te Rangi visited the area in pursuit of his runaway wives – but that’s a whole new story that ends on the West coast of the South Island. 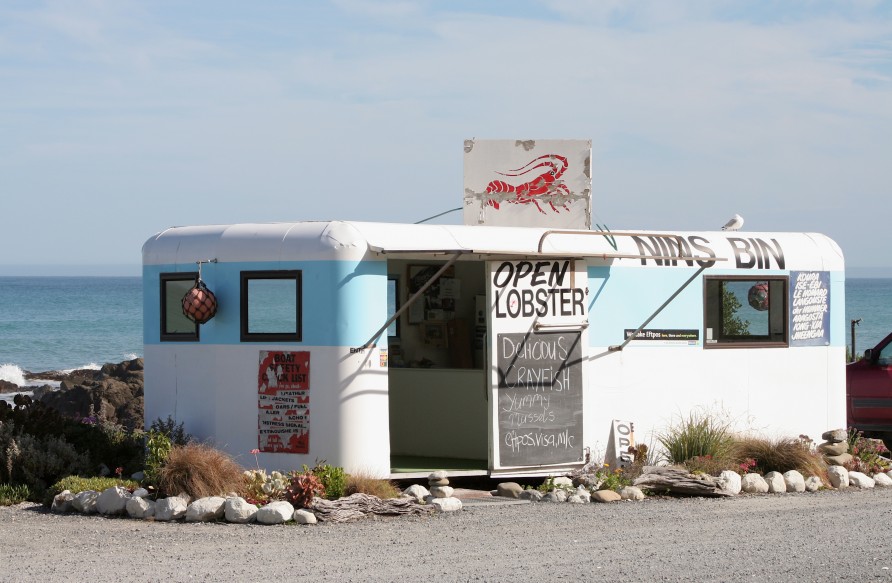 Story behind the Our People image

The ‘Our People’ image is a strong statement about cultural relationship. We hope the image draws people in to think about what is about to happen, there is an obvious relationship between the warrior diving and the Tohorā (the whale) – which is of course the Paikea story. All the while creating a sense of the depth of the trench and the interplay of air, sea and light. A sense of being suspended in time. 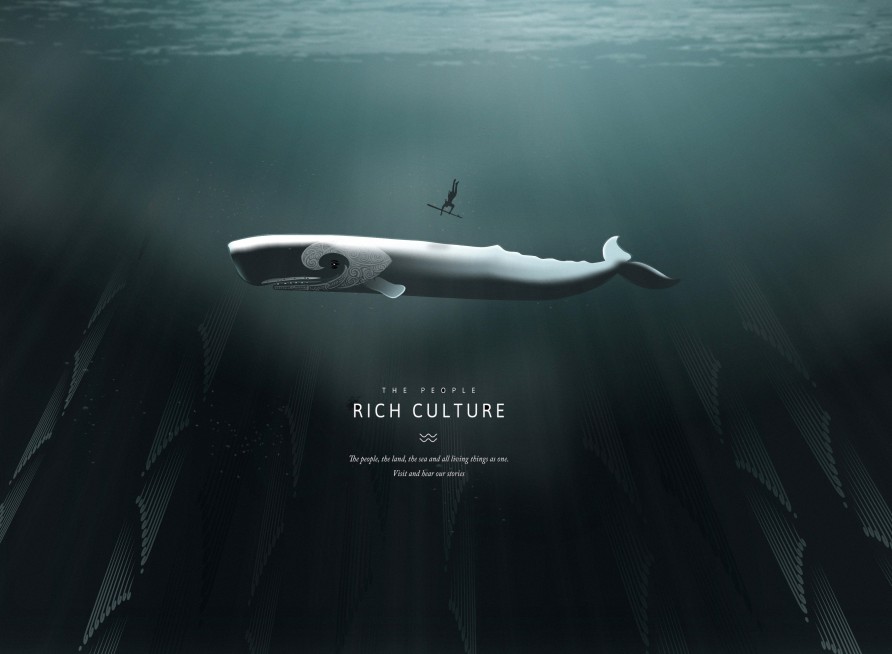