Hutton’s shearwater/tītī is the only New Zealand seabird that breeds in a sub-alpine environment. The species is nationally endangered, with its two remaining breeding colonies located in the Seaward Kaikōura Mountain’s. 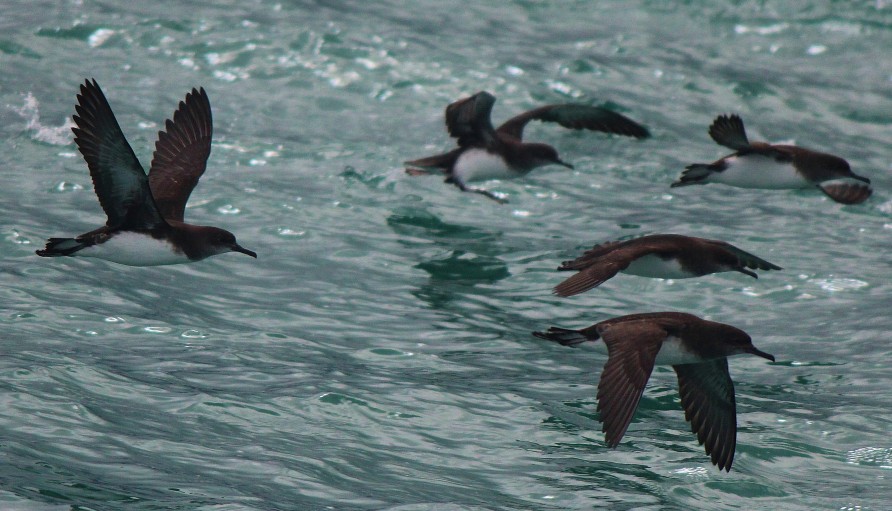 Hutton’s shearwater/tītī were first described in 1912 but it was not until 1965 that their Seaward Kaikōura mountain breeding grounds were re-discovered by Geoff Harrow, an amateur Christchurch ornithologist.

The adult population of Hutton’s shearwater is around 460,000, but the species is classified as ‘nationally endangered’ because of its rapid rate of decline.

About the size of a common red-billed seagull, Hutton’s shearwater are thought to live for about 30 years.

Birds arrive at their colony from Australian coastal waters in late August onwards then spend about two months competing for burrows and mates.  The male and female take turns to incubate the single egg, laid in a burrow up to three metres long between late October and late November. Incubation takes about 50 days.

Each day adult birds travel approximately 20 kilometres to the sea, to eat fish and krill which are later fed to their young.  On their downhill flight they travel at up to 154 km/h, reaching the ocean in as little as seven minutes. The return trip takes around 38 minutes, with 1200 metres or more in altitude to be gained with a bellyful of fish.

When the young fledge in March and April, they migrate with other Hutton’s shearwater to fish-rich waters off the Australian coast. Young birds stay there for three or four years then return to Kaikōura to breed at five to six years old.

Of the 14 varieties of Petrels that visit Kaikōura, the largest is the fierce-looking Southern Giant Petrel and the smallest the tiny Common Diving Petrel that can weigh as little as 130 grams. Petrels are famous for their ability to 'swim' under water after prey - some diving to depths of 10 metres or more. 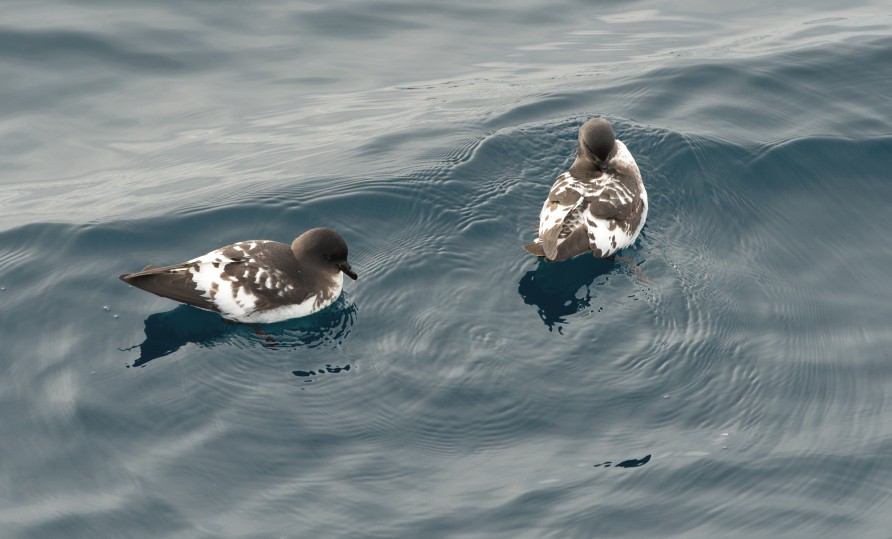 Petrels are scavengers commonly seen on Whale Watch tours as they like to hang around whales, dolphins and seals to grab food scraps brought to the surface. The Southern Giant Petrel has also been observed killing and eating smaller seabirds.

Examples of some petrel species you may come across on a whale watching tour:

At almost 4 metres the Wandering Albatross has the greatest wingspan of any living bird. They are a spectacular and frequent sight on Whale Watch tours. Although extremely endangered, 13 varieties of albatross, including the magnificent Salvin's Albatross, are attracted to the waters of Kaikōura where they can sometimes be seen scavenging large chunks of squid brought to the surface by Sperm Whales.

Tens of thousands of albatross are killed each year by the longline fishing industry. As surface feeders, the birds swallow the baited hooks before they have time to sink. 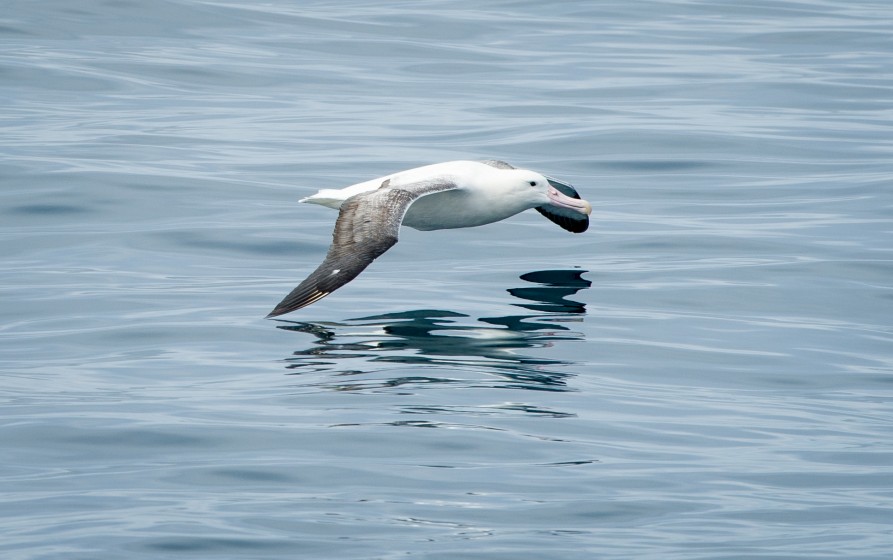 Mollymawks, are considerably smaller than the great albatrosses. Of the world’s nine species, only two do not breed in New Zealand. 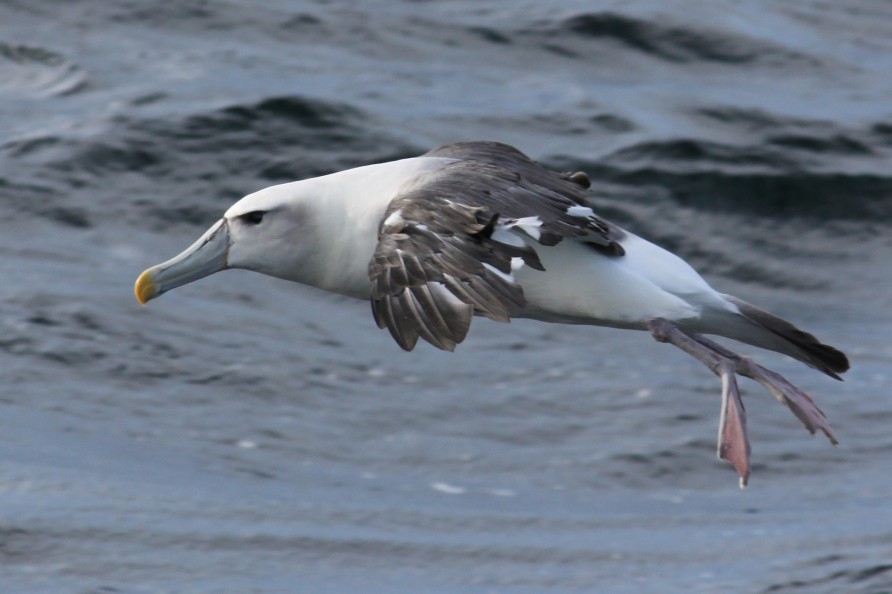 Most mollymawks breed annually, laying one egg on a pedestal nest if enough soil is available. Mollymawk colonies are densely packed, usually located on elevated cliff platforms above the sea from where they can launch themselves readily.

Some examples of the mollymawks that we get to see from time to time include: Shy, Salvins, Black browed and the Bullers Mollymawk.

Four varieties of penguin have been spotted around Kaikōura by Whale Watch crew - the Chinstrap Penguin, the Fiordland Crested Penguin, the Yellow-eyed Penguin and the Blue Penguin. Yellow-Eyed and Blue Penguins are the more commonly seen species. 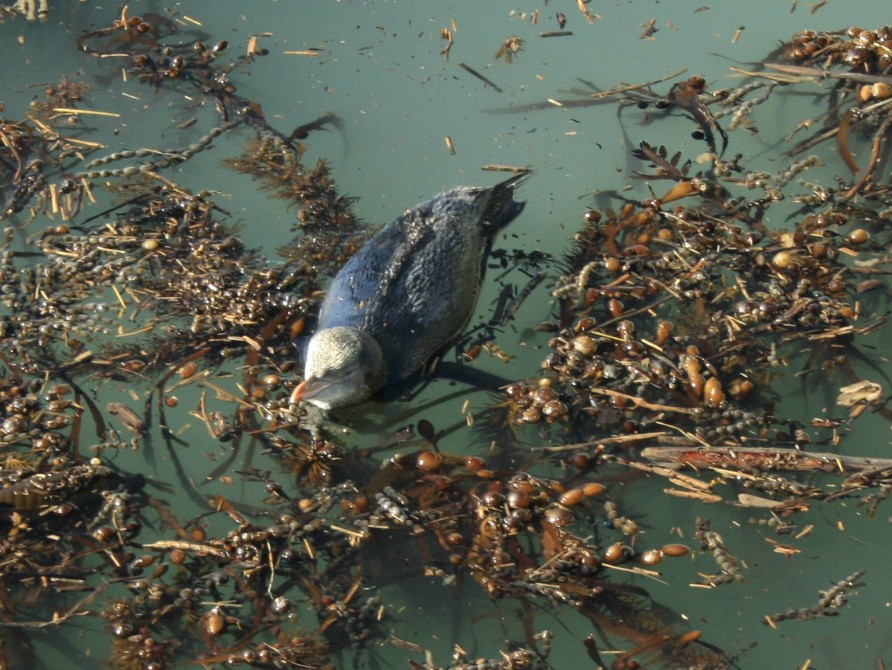 Yellow-Eyed Penguins (pictured) have been found sitting on the breakwater at the Whale Watch marina. They are endangered species of penguin so it is definitely a treat for all when we come across them on one of our tours.

Hoiho is the Maori name for the Yellow-Eyed penguin, an endangered and protected species native to New Zealand. Hoiho means 'noisy shouter' - the penguin's piercing call can be heard over the roar of waves crashing on rocks.

A small breeding colony exists near the Kaikōura Coastguard building at South Bay, Kaikōura. Artificial burrows have been installed underneath the building whilst other penguins breed in the surrounding area.