Dusky dolphins are highly social animals, living together in groups called pods, which in the Kaikōura region can consist of individuals numbering anywhere from 100 to 800 in each pod. In autumn and winter, pod sizes can even be greater, sometimes numbering in the thousands. For this reason, Kaikōura is recognised as one of the best places in the world to regularly encounter wild dolphins in their natural environment.

Hector’s Dolphins are one of the smallest dolphins in the world, and it is also one of the rarest. They can grow up to around 1.8 meters in length, at birth measuring in at around 50cm. 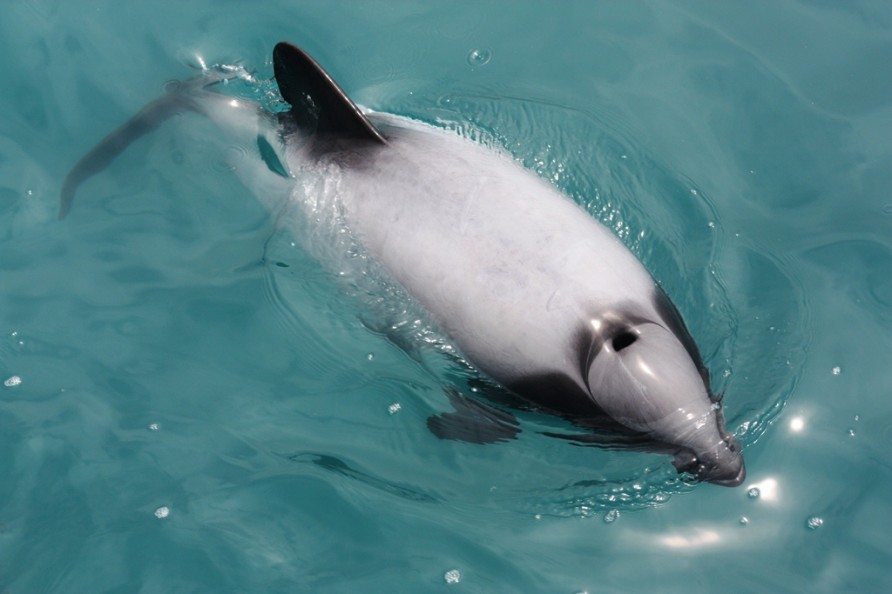 Hectors dolphins are endemic to New Zealand, meaning they are only found in New Zealand waters. In Kaikōura they are often seen close to shore in small family pods of 4 to 8 individuals.

The Hector’s dolphin was named after Sir James Hector, who was the curator of the Colonial Museum in Wellington (now Te Papa).

Tutumairekurai is the most common of the Māori names for Hector's dolphin, meaning special ocean dweller.

A North Island sub-species called Maui’s Dolphin is named after the Māori demi-god who fished the North Island out of the sea with a magic hook.

Widespread in the rest of Australasia this large 'Flipper' dolphin makes only occasional appearances in Kaikōura. 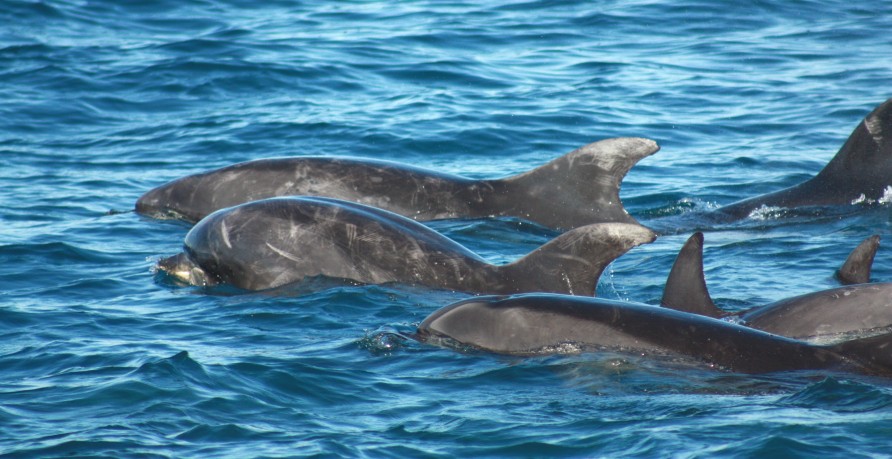 Like the name “bottlenose” suggest, this species of dolphin has a short, stubby beak. Bottlenose dolphins measure around 2-4 metres and can weigh in at around 135-650kgs. Males are quite a bit larger than the females.

Southern right whale dolphins are the only dolphins without dorsal fins in the southern hemisphere. They have been known to pass along the Kaikōura Coast in pods of between 100 – 200 individuals. Known to grow up to a length of up to 3m and weigh in at around 100kg. 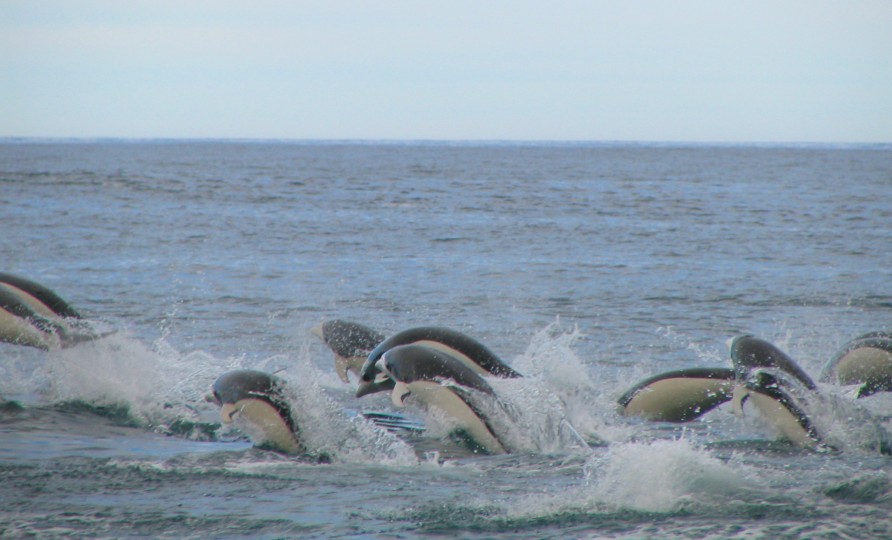 Southern right whale dolphins are very graceful and often move by leaping out of the water continuously. When they swim slowly, they expose only a small area of the head and back when they surface to breathe. Breaching, belly-flopping, side-slapping and lob-tailing (slapping the flukes on the water surface) have been witnessed.

Common dolphins may form enormous schools of several hundred to a thousand individuals. They are also known to associate with schools of pilot whales and other dolphin species such as dusky dolphins which we have witnessed many times off the Kaikōura coastline. 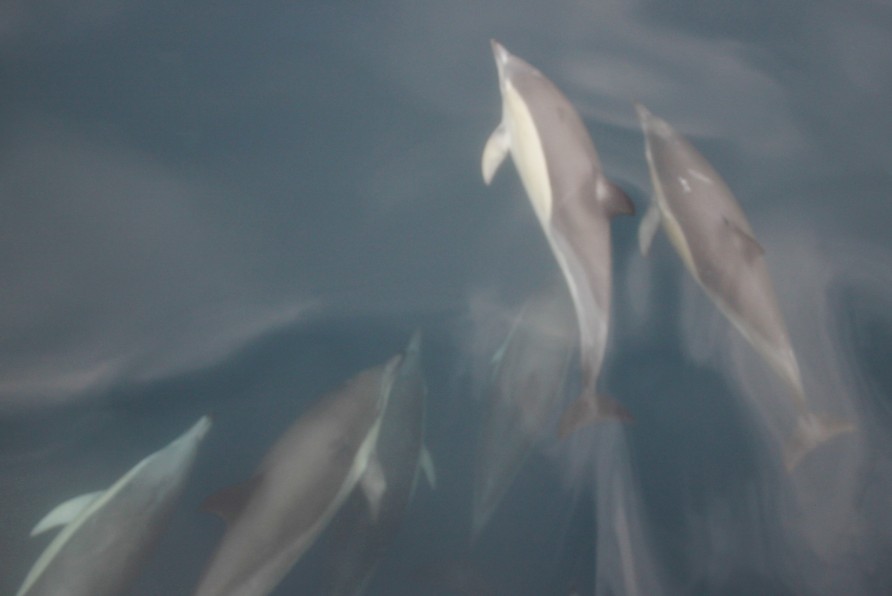 Common dolphins feed on a variety of prey, including surface schooling fish species and small mid-water fish and squids. They are known to dive to depths of 280 metres in search of prey and hunt cooperatively within schools. Dives can last up to 8 minutes but are usually between 10 seconds and 2 minutes. These animals are vocal and show a wide range of acrobatic behaviour.