Southern right whales can be found in the Southern Hemisphere, mainly between 20° and 55° South. They used to be common around mainland New Zealand but due to extensive whaling they are now a rarity. Auckland and Campbell Islands in the sub Antarctic have a larger population that seems to be increasing every year at about 4-7% according to some research.

There used to be a breeding population of them right here in Kaikōura and many stories tell of Southern right whales in South bay, where our Whale Watch boats depart from. Today we are lucky if we see one individual per year. In winter they migrate between their summer feeding grounds to their winter breeding grounds and if we were to see them here, it would more likely happen in July/August. This year of 2021 we were extremely lucky to have a cow and calf pair that moved from the northern side of Kaikōura down to the southern side and spent days milling close to the beach. They were even seen just off the beach in front of our Whale Watch office! 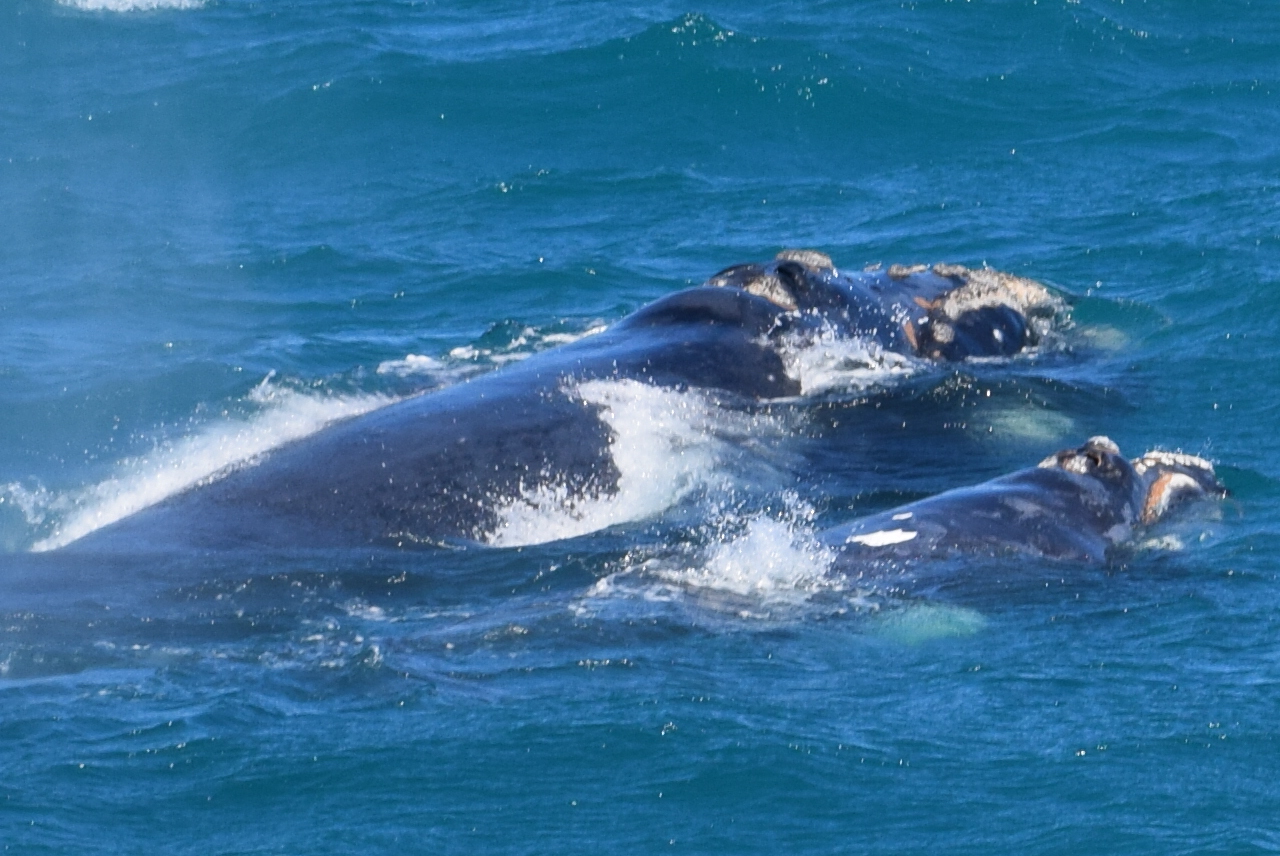 They are very different from other species of whales that we would more commonly see here as they lack a dorsal fin! With their black/white colouration it makes it easy to distinguish them from other species of whales. Each individual can be identified by their callosities. These callosities are large white growths on their heads that have whale lice and barnacles in them. The shape and placement of these are unique to an individual! If you get the chance to see a Southern right whale, try and get a photo of the side of their head and this can help researches to study their population! 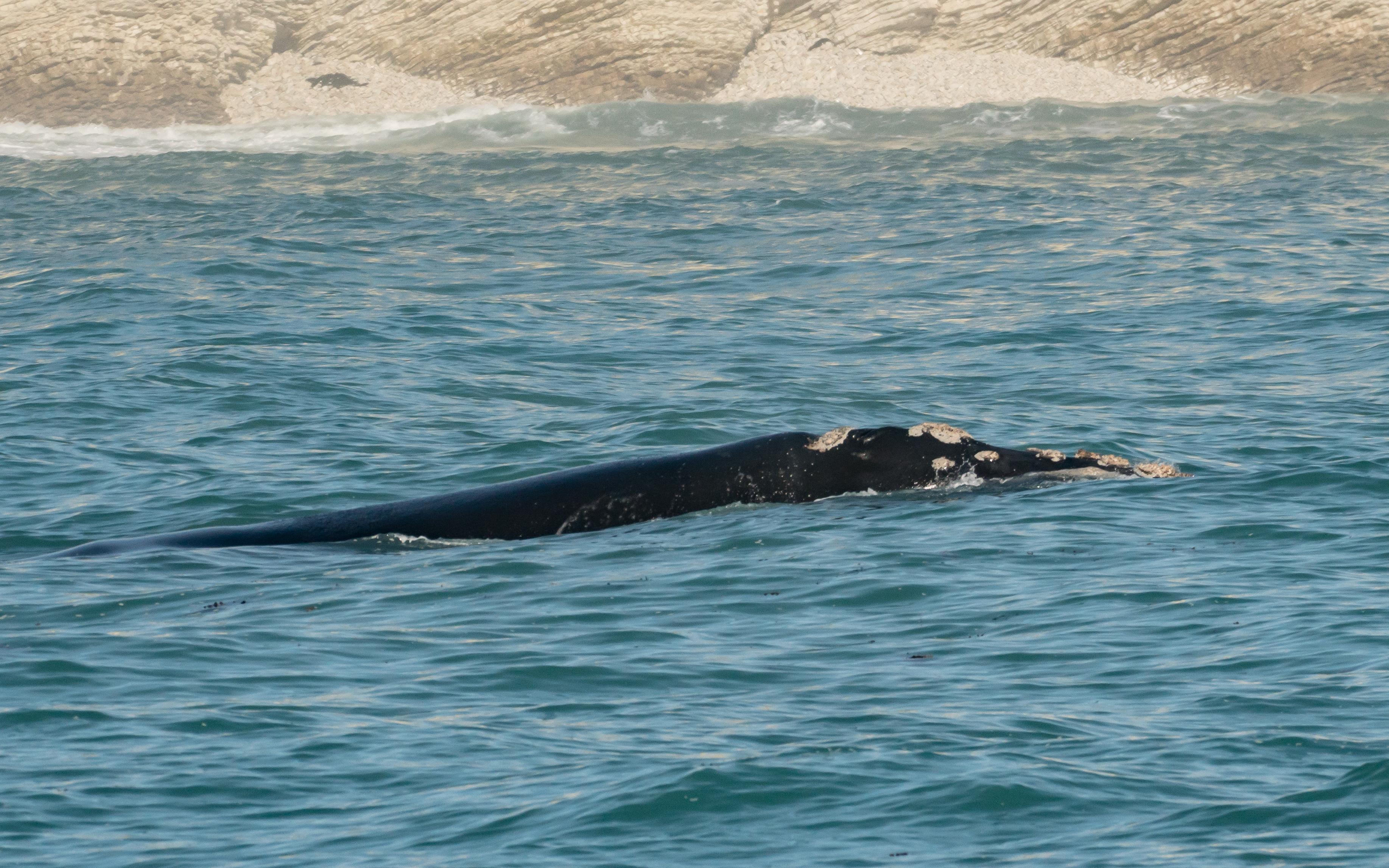 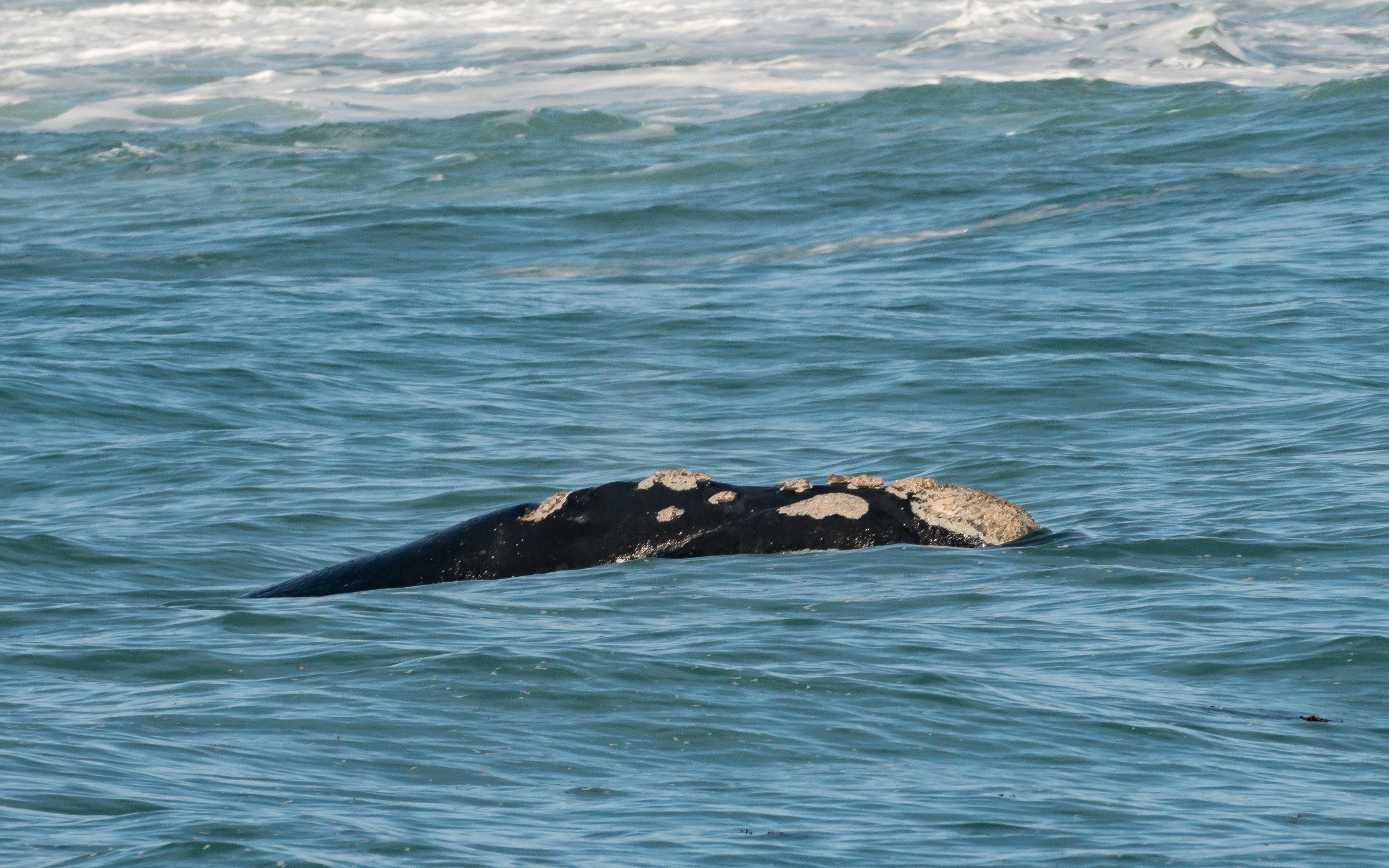 By looking at the spout/blow of a whale you might be able to see what species of whale it is! As they come up to breathe and produce their spout/blow, it is bushy and V-shaped which is quite unique to Southern right whales.

Southern right whales can be quite acrobatic and can be seen breaching out of the water and slapping their tails on the water. A behaviour that is unique to these whales is known as “sailing”. They put their large tail out of the water to catch the wind! They can manage to sail short distances with their tail! 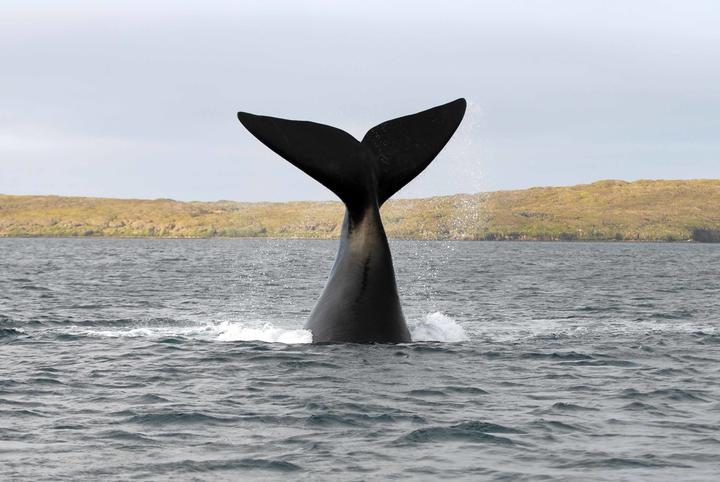 Did you know? Some calves are born almost fully white! As they get older they tend to turn slightly darker but still have a grey colouration rather than black!