Common dolphins have a distinctive creamy yellow hourglass pattern along their sides, with a dark grey back, tail and flippers along with a cream coloured belly. Their beak is relatively long and slender.

Adult common dolphins measure between 1.7 to 2.7 metres long and weigh about 150kgs. Their lifespan is thought to be between 25-30 years. 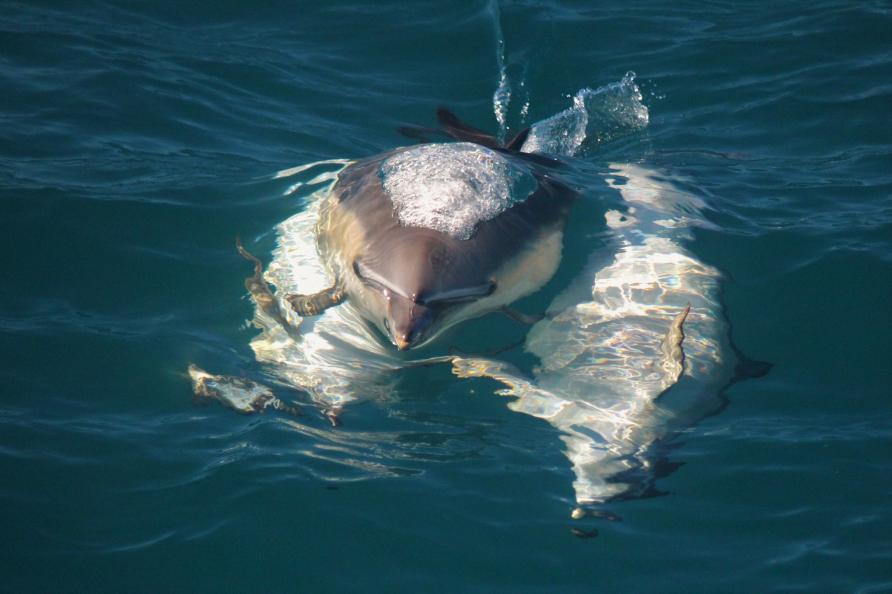 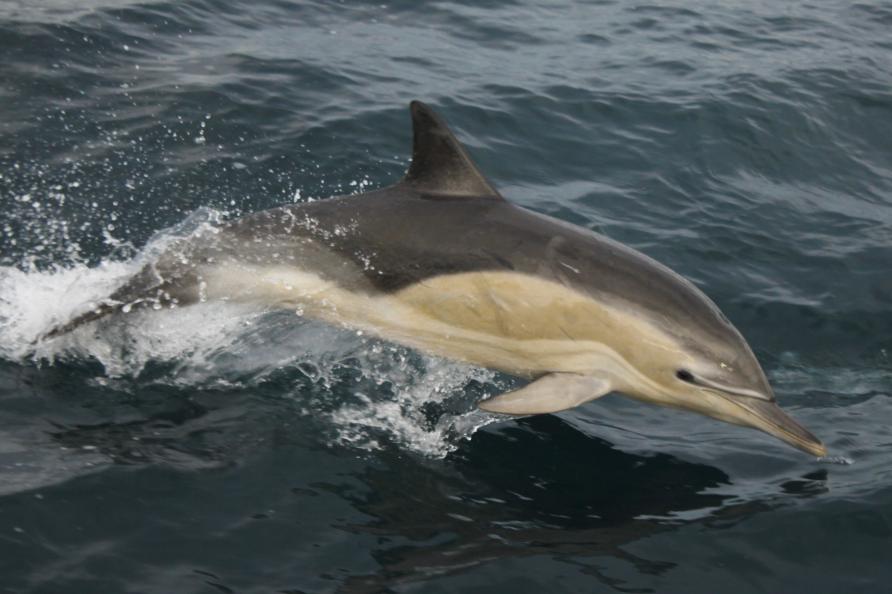 Common dolphins are thought to be one of the most abundant cetacean species, with population estimates suggesting that there up to several hundred thousand of them globally. However, with all marine mammals these dolphins too are subject to the same threats as others such as pollution and degradation of the marine environment. Injury from boat strike is also a threat especially with their like of bow riding, along with decreasing food source due to over-fishing. 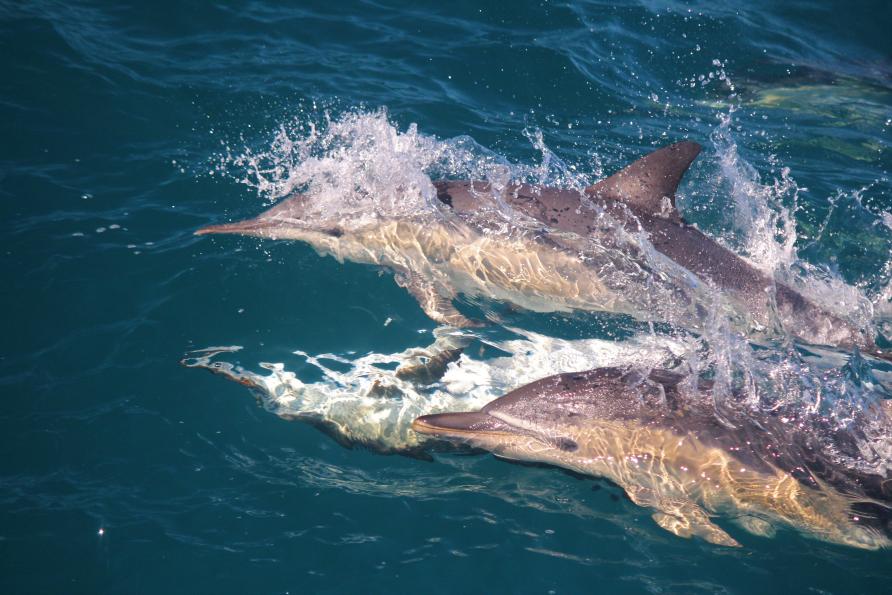