They are scavengers and feed mainly on carrion floating on the surface. They can be very aggressive, especially when they are protecting their food against other birds. Being the main scavenger of the Antarctic waters they can eat anything from penguins and seal carrion, fish and squid.

They even have the ability to catch and kill other animals such as penguins and other seabirds. They are also one of the few petrel species that would feed on carrion on land.

With a keen sense of smell they have the ability to smell food from great distances! This helps them locate their prey out in the open ocean. 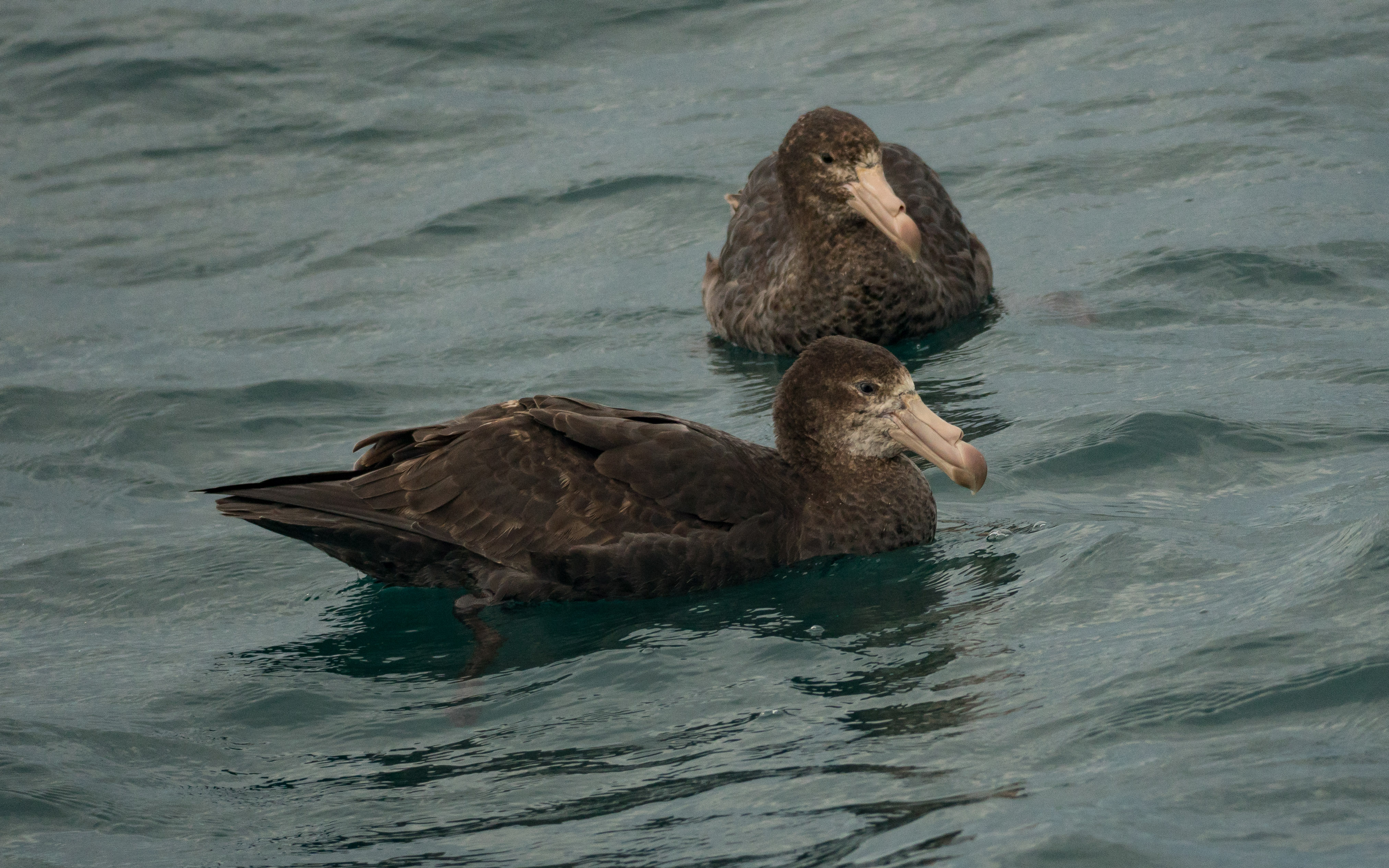 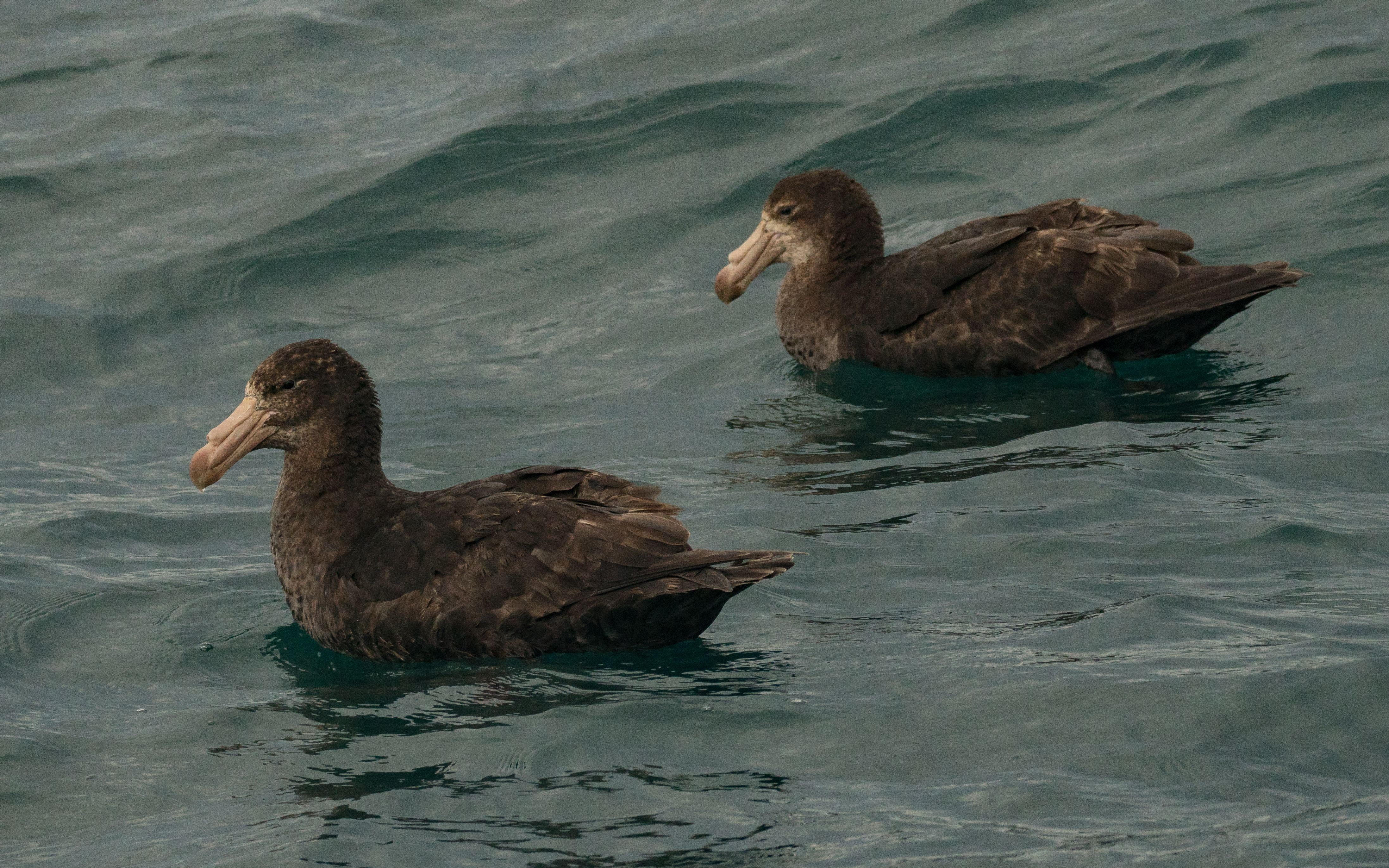 The northern giant petrel can be as heavy as 5 kg with a length (beak to tail) of 95 cm and a wingspan up to 2 m. They are generally found quite far south, from the sub Antarctic islands to the open oceans of the Antarctic. They breed widely on remote islands throughout the Southern Ocean. In NZ they breed on Auckland, Campbell, Antipodes and Chatham Islands. These birds can commonly be seen on our tours and at times just upon leaving the channel from our marina. The northern giant petrels often follow fishing boats and they can be seen following the local fishing boats here in Kaikōura and sit just outside the marina! 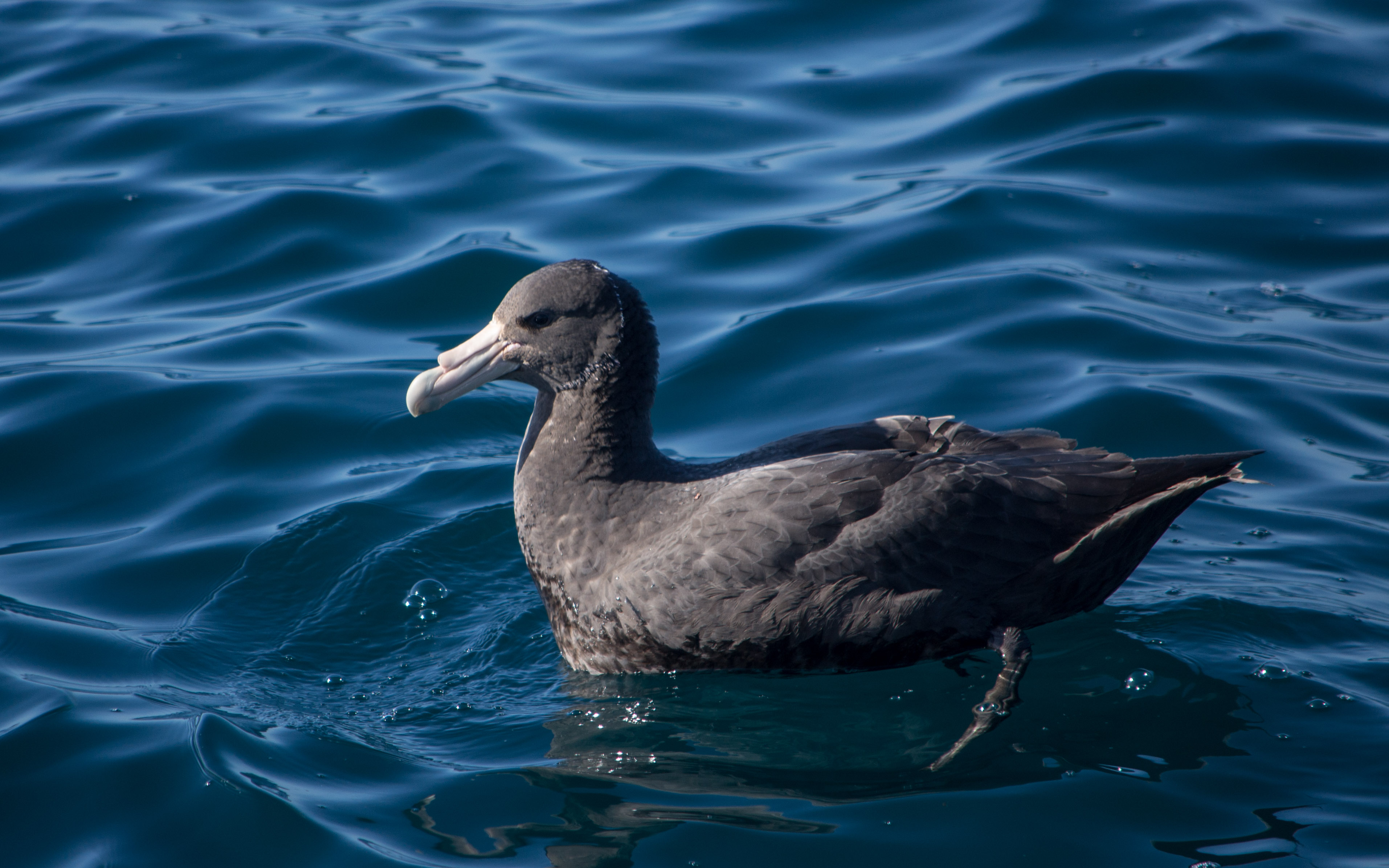 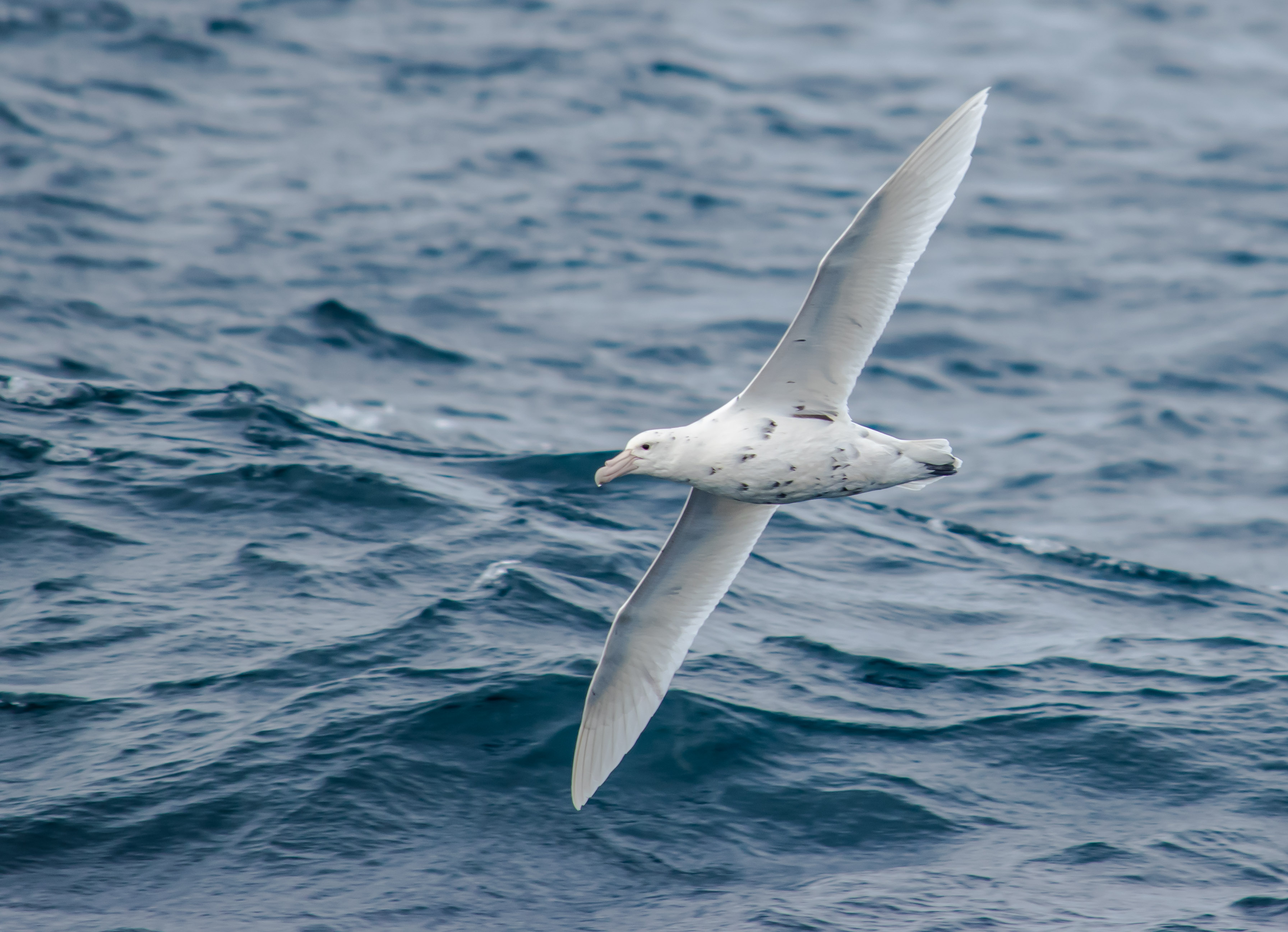 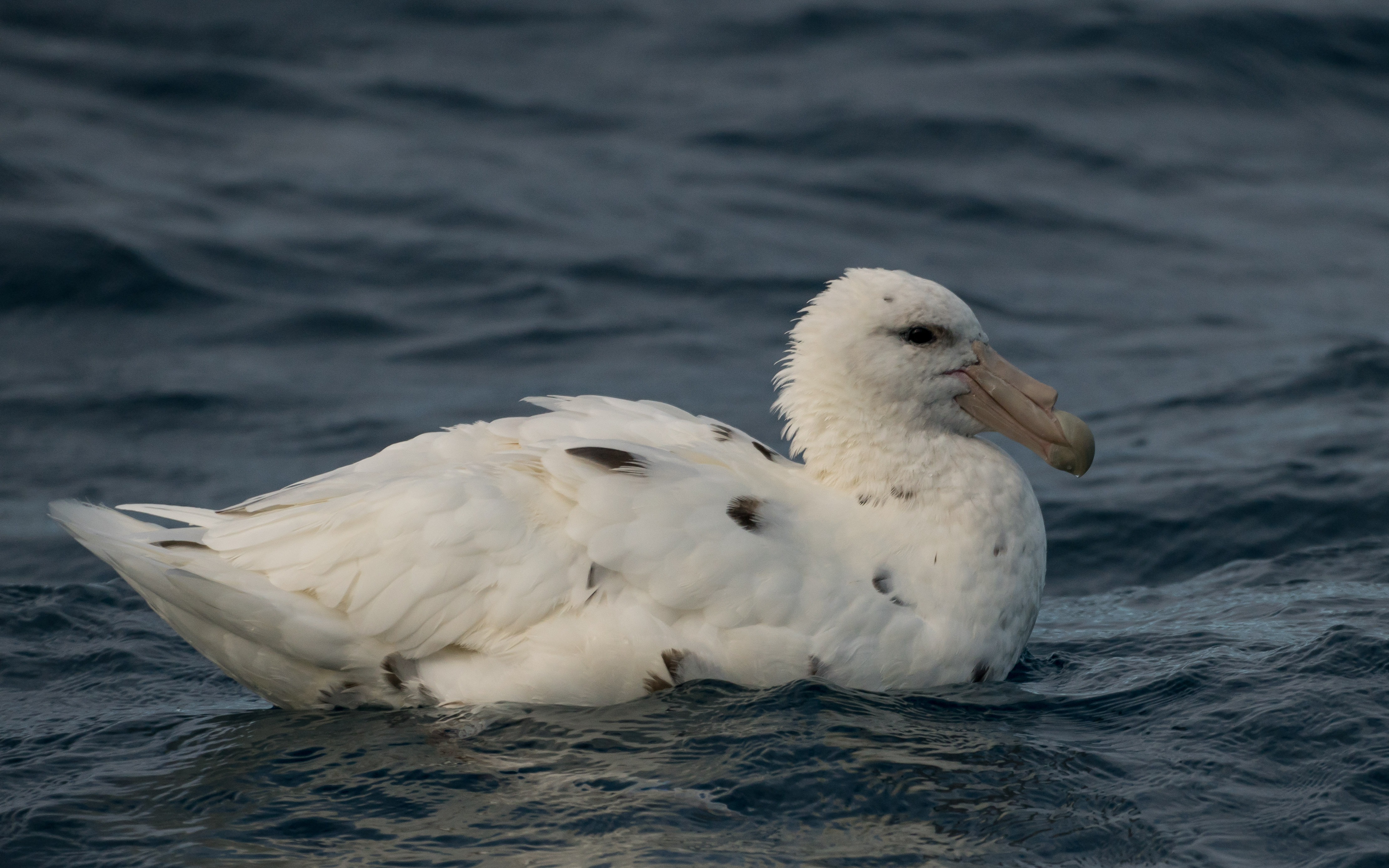 The southern giant petrel is the larger of the two and they can be as heavy as 5 kg and a length (beak to tail) of 1 m and a wingspan of up to 2 m. Can be found breeding on Macquarie island and all the way down on mainland Antarctica. They can be seen in two different variants. They can morph into a white plumage with distinct black spots along their feathers. Only the southern giant petrel morphs into white and only about 10% of them do so.

As we only see the southern giant petrel in winter and very few of these are white morphs you have to be very lucky to see one in Kaikoura!

Giant petrels are a tube-nosed seabird and their tubes are particularly long. This helps the birds to pick up scents as their sense of smell is extremely good. These tubes have another important feature; they work as a drain to drain away any excess salt. Rather than drinking fresh water, they drink salt water and filter out the salt through glands that are located just above their eyes.

The biggest threat to giant petrels is longline fishing. They catch the longline fishing hooks as they are attracted to the bait and get caught and drown. They also face many other threats such as; climate change, ingesting plastic and oil spills.