Growing to 33 cm and weighing only 1 kg the little blue penguin is the smallest penguin in the world. They are the most common penguin to be seen along the New Zealand coastline and surrounding islands. A sub species known as the white-flippered penguin can occasionally be found here in Kaikōura but the main colonies for these are on Motonau Island and Banks Peninsula. The white-flippered penguin grow slightly larger, to 35cm and can weigh a few hundred grams more. They have a more distinctive pale coloured coat of feathers, either pale blue/grey/brown and have a distinguished white band running right around the edge of their flippers.

They have approximately 10,000 feathers on their coat, the top being dark blue and white underparts. The colouring is believed to be for camouflage, known as countershading – when looking from above they blend in with the ocean and if looking from underneath, the white blends in with the light from above. The feathers are unique with a soft down closest to the quill for warmth and the tips being where they hold their waterproofing. Waterproofing is done by a gland in the base of their tails known as the “preen gland” which they shake their tail to stimulate the gland then reach around and rub their beak on and it releases an oil and they then spread it all over their bodies, the only place they can’t really preen themselves is the tops of their heads, so this is where its handy to have a partner to help get those hard to reach places, this is known as “allopreening”.    When they go through their annual moult, around January through March, their feathers turn a brownish colour and the moulting process takes about 2-4 weeks, this is when they are the most vulnerable to predators as they have to stay ashore until they have a new coat and are waterproof again. 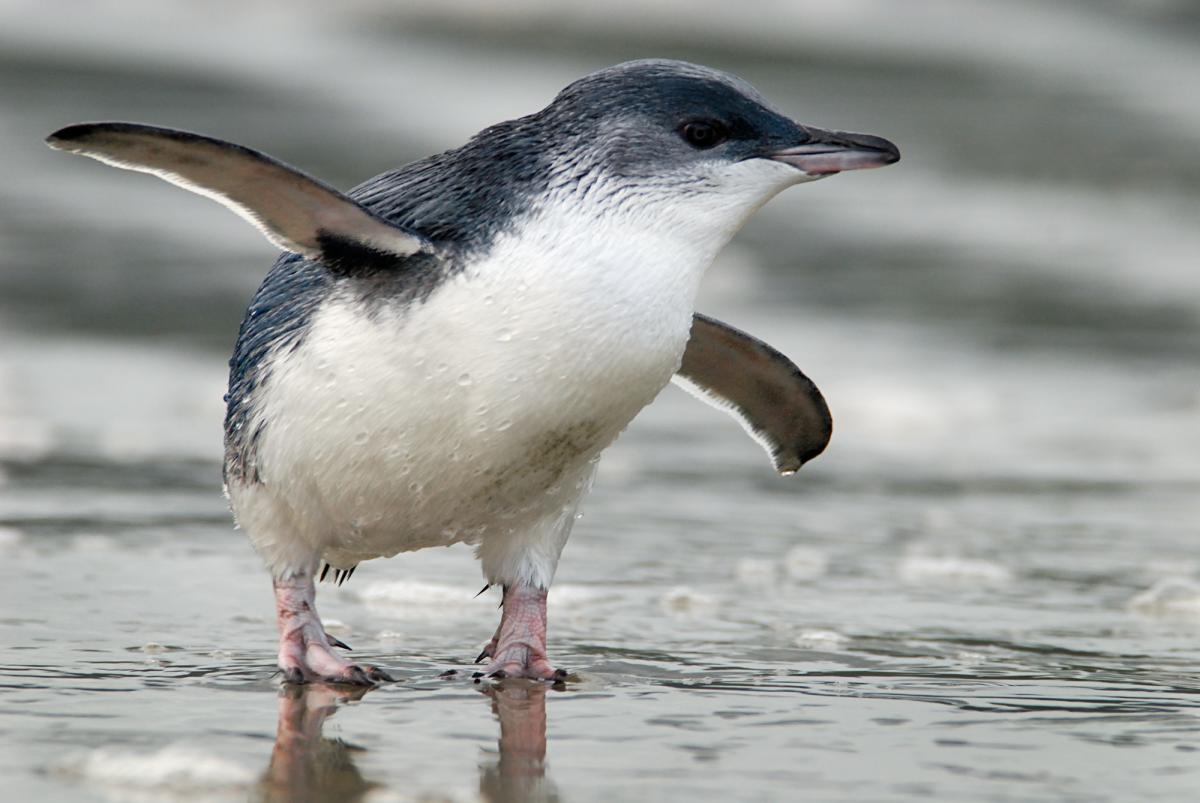 Their numbers are unfortunately declining, especially in areas where there is no protection from predators. Some of the biggest threats to penguins are dogs, cats, ferrets and stoats. The total population of blue penguins around Aotearoa is estimated to be somewhere between 50,000 – 100,000 birds.

They can reach an age of 8 years but there are records of longer living birds. There is a small population of blue penguins right here in Kaikōura and over the last seasons there has been around 11 breeding pairs here.

Being polyphasic sleepers, they are active both day and night but nap either during the day or at night.

Their nests are found in underground burrows. They create nests by digging under vegetation and creating nest in-between rocks. Nowadays many nests can be found under buildings, in pipes close to the coast and manmade penguin nesting boxes.

Egg laying is typically between July through October usually 2 eggs are laid to a clutch, one 2-3 days after the other. “Active” couples may lay up to 3 clutches in a breeding season. Chick rearing occurs from September through November with chicks fledging (leaving the nest) after about 8 weeks. The parents take turns raising the chicks doing 1-3 day stints each while the other goes out to feed while the other stays with the chick(s). Towards the end of the chick rearing both parents will leave the chick(s) unattended, this is known as the “post guard” phase. Chicks will get fed until they are well over 1kg (sometimes up to 1.8kg!) so they have a good amount of weight on them before they head out to fend for themselves. 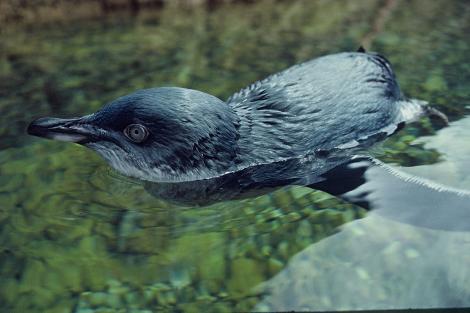 Their diet is mainly small species of fish around 8-12cm in length, with a preference of anchovies, pilchards and sprats. They will also eat small squid, krill and small octopus. They consume their prey head first and whole. They have little spines on their tongue that helps the food go down.

How they keep hydrated is mainly from their food but also from sea water, they have a little gland behind their eyes known as the “supra-orbital” gland that can filter out the salt from the water. How they get rid of the salt is by sneezing!

They can swim up to 6 km’s per hour and hunting grounds are typically within 25kms from where they nest at the time. The time hunting at sea can be up to 15 hours of the day. Dives can be up to 60m and up to 30 seconds long but have been known to dive up to 90 seconds.