In Kaikōura, the common dolphins are not as common as the name suggests. They mainly come to visit our coastline in the summer months. During winter they can be found further north in Aotearoa/New Zealand but when the waters starts to warm up they expand their feeding grounds and make their way down here to Kaikōura. They can be found in the north island such as the Hauraki Gulf all year around. 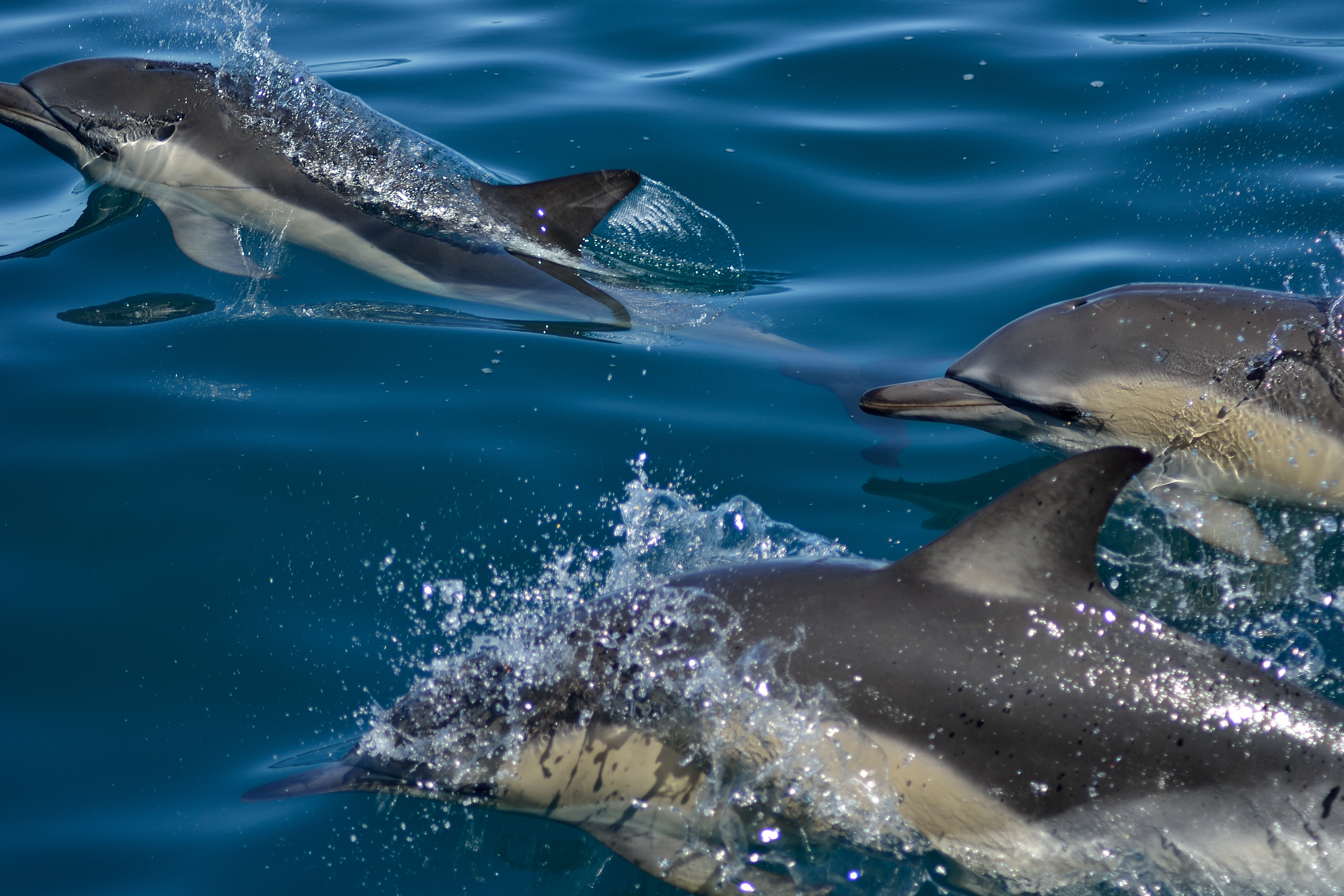 They can often be seen travelling alongside the dusky dolphins and they are known to be quite promiscuous. Fun fact: The two different species can interbreed and create a dusky/common dolphin hybrid. The offspring will not be fertile and can therefore not create a new species.

These dolphins can be recognized by their pale yellow patches on their sides and can grow to 2.4 metres in length, weighing about 100 kilograms. They have a bottlenose shaped beaked which distinguishes them from the dusky dolphin. Their lifespan reaches about 20 years.

The only way to encounter dolphins is in the wild, where they belong, surrounded by their friends and family.