Posted in Latest News; Posted 35 days ago by Lisa Bond 2 Minute(s) to read

As we head into the warmer months, it’s now the time we start to see a lot more of the marine giants come into Kaikōura.

Blue whales, the largest creature to ever inhabit our planet, in particular have been becoming increasingly frequent… in previous years our average blue whale sightings would only be few. However, over the last 3 years we have been seeing Blue whale sightings in the 30’s, which is 10 times the average amount. Hopefully an increase in sightings indicates an increase in population, or that Kaikoura has increased its prey availability in order to feed all these whales. Often out at we see blankets stretching out for miles of huge swarms of squat lobster krill – baleen whale food.

Not only Blue whales, but also the second largest, the Fin whale and the third largest, the Sei whale, have also become more frequent and in large numbers.

In December 2018, there were so many big baleen whales here it attracted the attention of some offshore Orca / killer whales and our crew got to witness something truly spectacular, the type of stuff you’d think you would only ever see in a national Geographic documentary. A pod of around 15 Orca hunting a Sei whale that had ben separated from the rest. New Zealand Orca have not been recorded hunting whales but have been seen in Kaikōura hunting Dusky dolphins, so we thought this particular pod of Orca must have come from out of town and that all the commotion of a large group of big Fin and Sei whales caught their attention enough to come into New Zealand coastal waters for the hunt.

Blue whales are easy to distinguish due to their beautiful pale blue appearance and their sheer size. Fin and Sei whales can be a bit trickier to identify as at surface value they look almost identical. But if you get a look at the right side of their lower jaws, Fin whales have a white right side whereas the Sei whales have grey on both sides. Dorsal fin shape and size is slightly different between the two species also.

Spouts from these whales are huge as well, often reaching 10-12 metres in height. Our crew always get super excited when we see those massive blows! 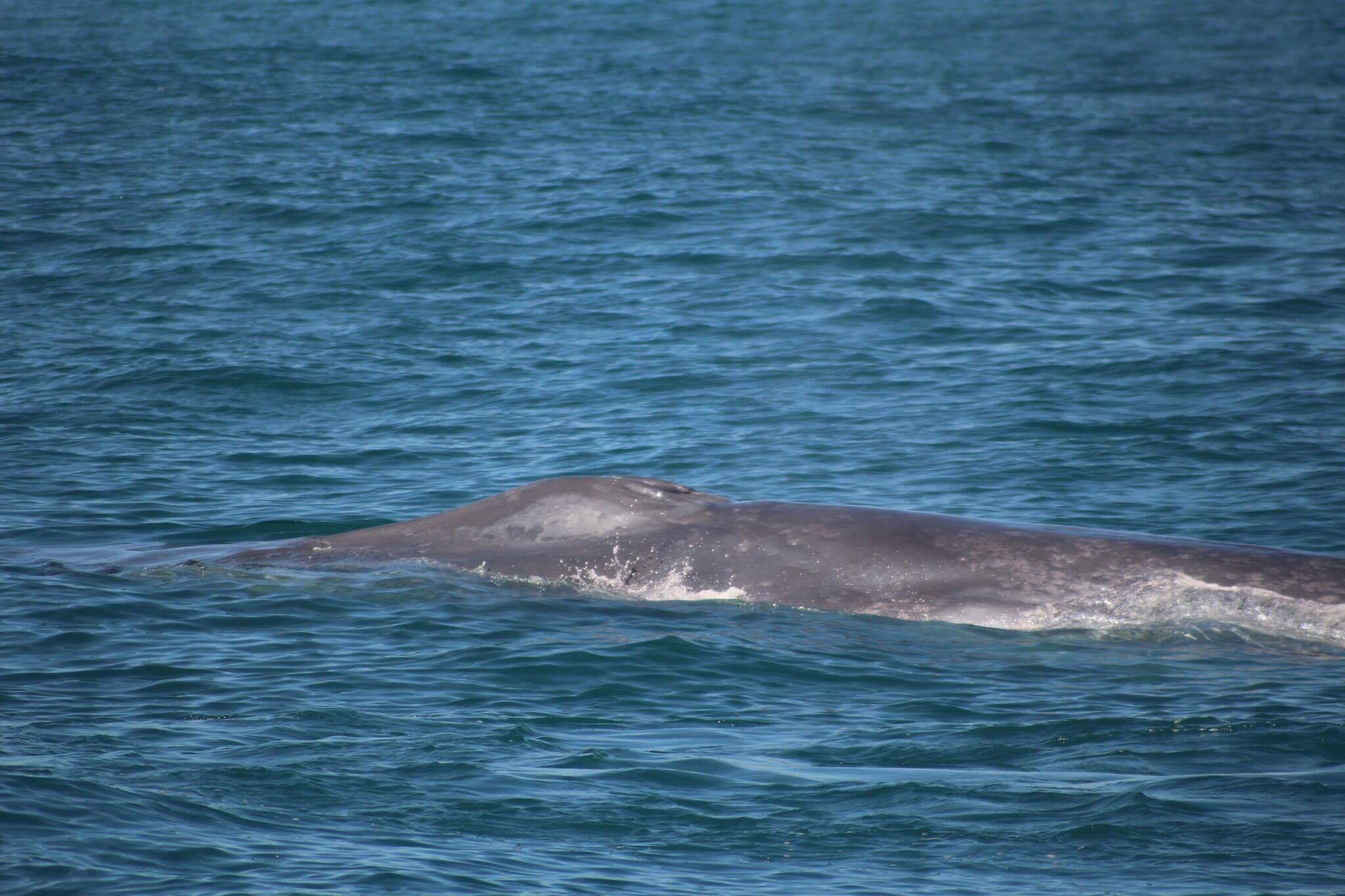 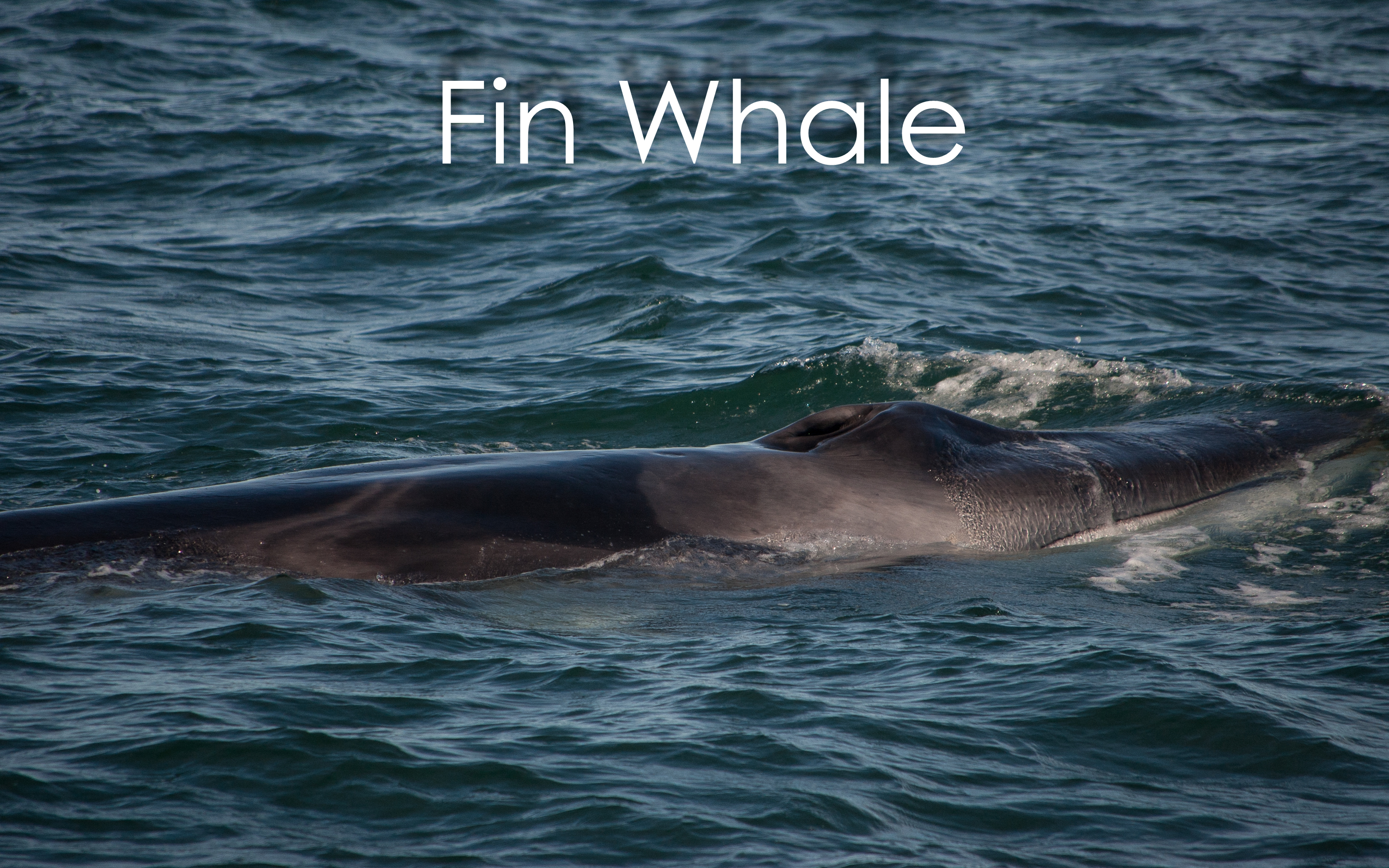 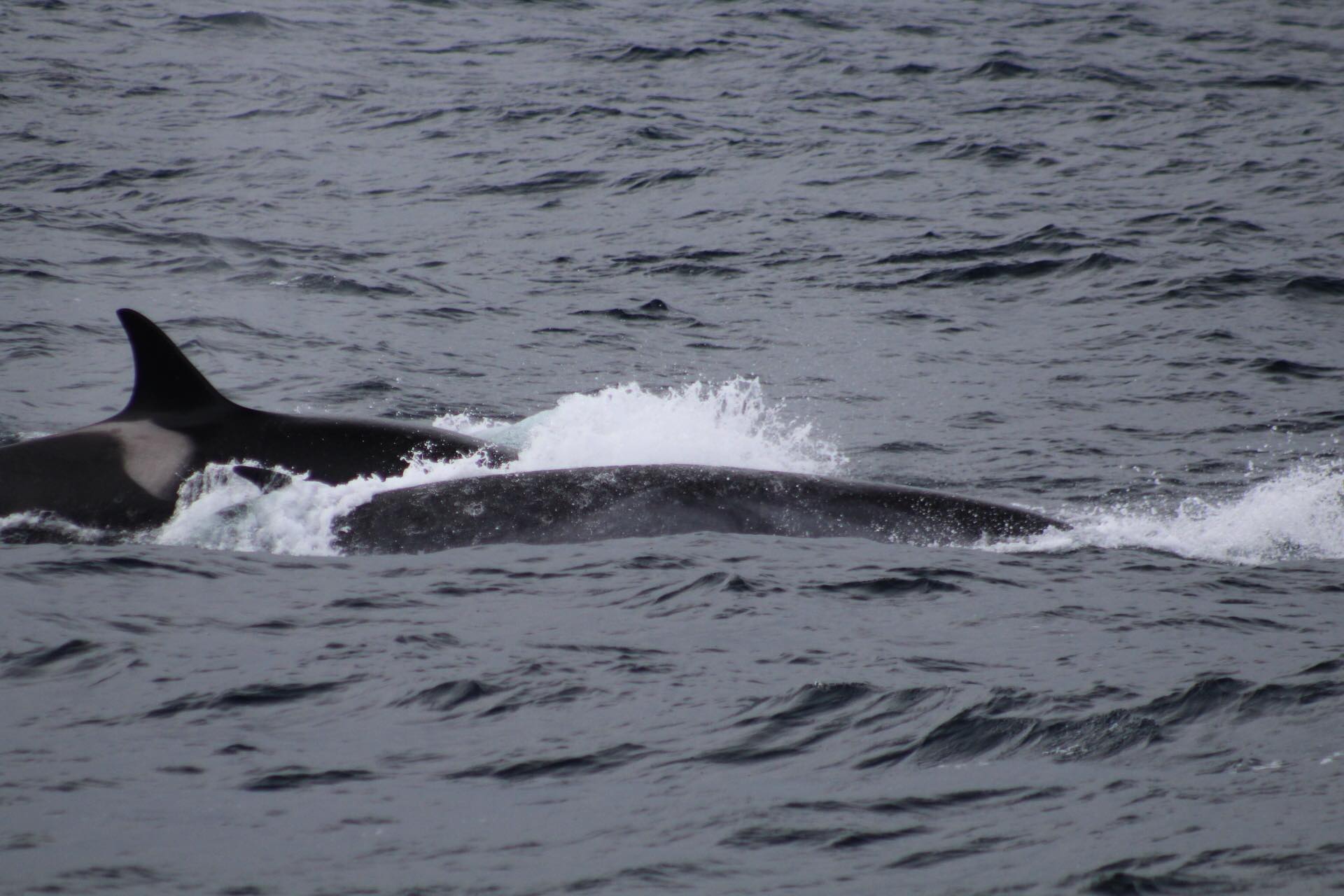 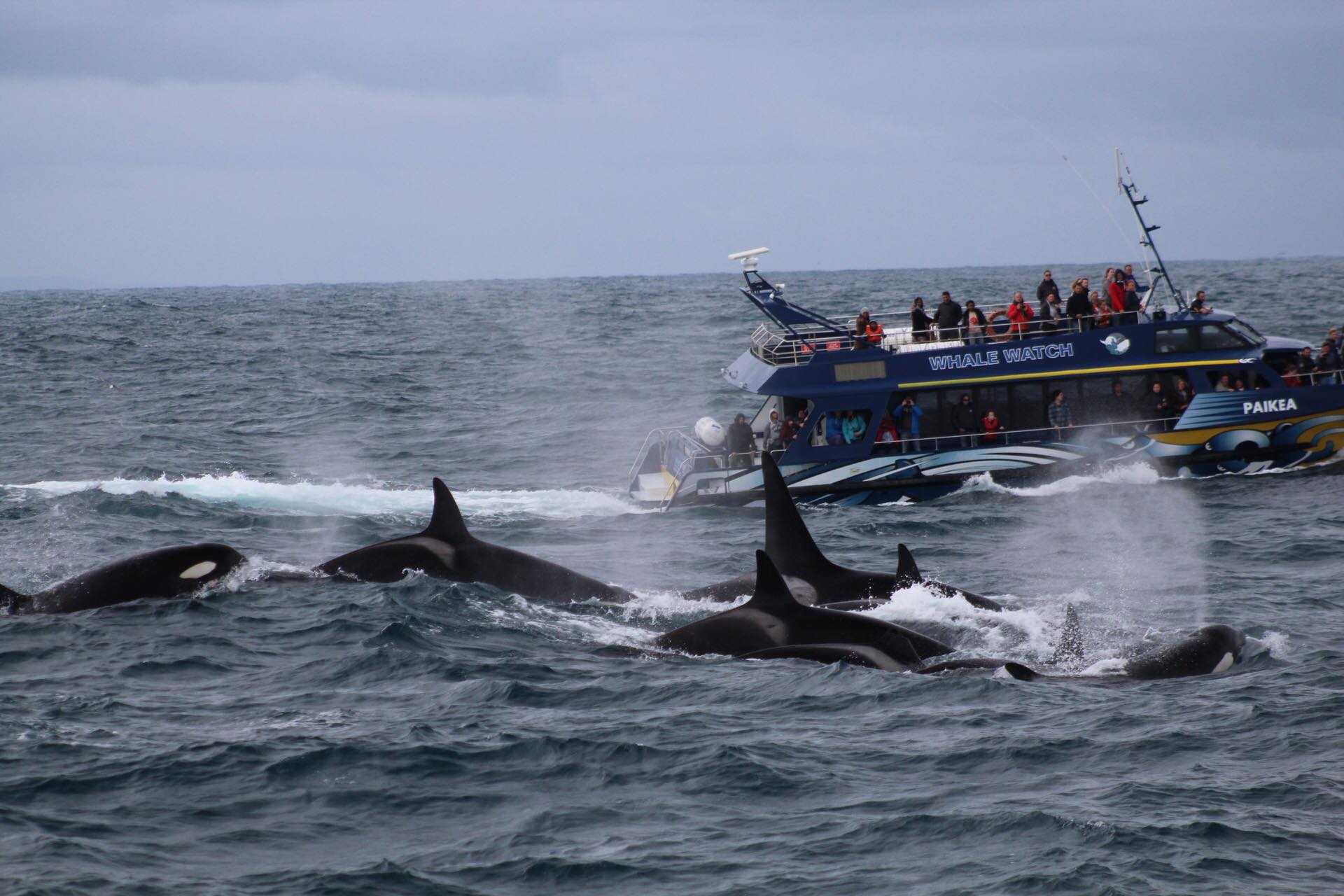 Book Now or Contact Us if you have any questions. Be safe and stay kind.